In today’s economy while we are all trying hard to practice better debt management and worrying about holding on to our jobs with the rising unemployment, any new information is useful, right! A new study published February 5, 2009 in Science magazine online, stated that the color red can make employees work more accurately, while blue can enhance those same employees to be more creative.

Researchers at the University of British Columbia conducted studies of 600 test subjects in order to assess how cognitive performance fluctuates when test subjects were exposed to the colors of red and blue. The study examined participants who performed tasks, where in words or images were displayed against red, blue, or neutral backgrounds on computer screens, and what result it had on their cognitive abilities.

It was found that the red test group had better recall and attention to detail, such as remembering words or spelling and punctuation. While the blue group were more adept at tasks involving invention and creation, and using their imagination. Researchers have been studying the effects color has on people in many different venues, from a performance perspective to emotional responses and perception. In the cognitive sense colors are said to affect us by the mood they transmit, and therefore may induce as well. 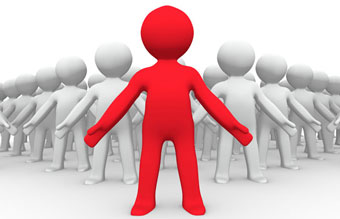 In essence what they are saying is that if your job is one that requires attention to detail or that you are in a supervisory position you may want to change your computer screen to a red screen saver or incorporate more red in your wardrobe. On the other hand, if you work in a field that requires you to be creative such as advertising or the like you will want to surround yourself with blue, it produces feelings of happiness and happier people are more likely to be imaginative and creative and less analytical.

In today’s environment of struggling daily with reducing debt, job security, rising unemployment, and the never ending battle of trying to save money, while trying to hold on to your job, phew… we can all use some helpful tips. So, if you’re an accountant trying to stay focused on how to rein in your company’s bad debt management habits and balance the budget, go red, red, and redder.

However, if you’re the creative director for an advertising agency trying to come up with a new PR campaign you need to stop worrying about your company’s bad debt management practices and where they may need to save money and start surrounding yourself in blue, blue and more blue before your boss really does make you blue with a pink slip! 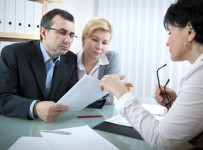